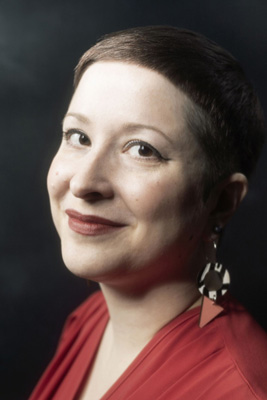 Aino-Kaisa Koistinen is a poet and a postdoctoral researcher in Contemporary Culture Studies at the University of Jyväskylä, Finland. She holds an MA in Literature (University of Oulu, Finland), PhD in Contemporary Culture Studies (University of Jyväskylä, Finland), and Title of Docent in Media Culture (University of Turku, Finland). Her research interests include affect, violent fiction, popular culture (such as speculative and crime fiction), feminist posthumanism, animal studies, and ecocriticism. She recently co-edited the book Reconfiguring the Human, Nonhuman and Posthuman in Literature and Culture for Routledge (with Sanna Karkulehto and Essi Varis).

When not preoccupied with research, she enjoys writing science fiction and poetry, playing guitar, and relaxing with her companion cat. Her poetry book Uhanalaiset ja silmälläpitävät (The Endangered and Others of Interest) will be published in 2021 by Palladium Kirjat.

In Staying with the Trouble: Making Kin in the Chthulucene, Donna Haraway writes that “[n]either despair of hope can teach us how to ‘play string figures with companion species’”. What Haraway is referring to is that in the current times when human influence over the world has reached its tipping point, it is too easy to turn to futuristic imaginations: to imagine techno-utopian or dystopian futures instead of staying with the troubles that are important in the present.

In this keynote talk, I build on my experiences as a scholar, poet and a human female living and writing with a companion animal to explore the playful interconnections of art and science – as well as the posthuman knowledges produced through these interconnections. I discuss monstrosity as a playful practice, drawing on Haraway’s writings regarding playful becomings between species and the promises of monsters, as well as Rosi Braidotti’s work on posthuman knowledge and my previous work as part of the Monster Network.

I suggest that the potential for creative imagination, art and the media – such as games – should be used more to critically conceptualize, imagine and re-imagine human relations to the nonhuman in the so-called Anthropocene.

Sarah Stang is a PhD candidate in the Communication & Culture program at York University in Toronto, Canada. She is the editor-in-chief of the student-run journal Press Start and the former essays editor for the academic middle-state publication First Person Scholar.

Her published work has focused primarily on gender representation in digital games and has been featured in journals such as Games & Culture, Game Studies, Nordlit, Human Technology, and Loading. Her current research explores the ways that marginalized and minoritized identities are symbolically incorporated into science fiction and fantasy media through the figure of the monstrous other. Her doctoral work specifically analyses female monstrosity in digital and tabletop science fiction and fantasy games, focusing on the ways that sexuality, reproduction, and old age, as well as non-normative bodies and transgressive behaviours, are framed as monstrous and horrific.

Scholars of mythology, folklore, and popular culture have long demonstrated how the figure of the monster functions as a proxy for the unwanted Other. Indeed, across all forms of storytelling media, monsters can be read as symbolic representations of real-world identities, especially minoritized and marginalized populations.

This keynote presentation focuses on gender representation in the form of female monstrosity in video games. Through a close reading of several female monsters from well-known games, this keynote will show how misogyny gets embedded in games in the form of both seductive and grotesque female monsters. Rather than being overt and easily identifiable, these kinds of misogynistic representations are more insidious and invisible because they take the form of horrific nonhuman creatures that the player is intended to fear, hate, and kill as part of the gameplay experience. However, by unpacking the design and narrative role of these monsters, media scholars can clearly demonstrate how these monstrous beings communicate the harmful message that women—especially powerful, sexually liberated, pregnant, queer, fat, old, mad, disabled, and/or physically anomalous women—are dangerous and that their bodies are either horrific grotesqueries or deadly traps that must be destroyed to save the day and win the game.

Jaroslav Švelch is an assistant professor of media studies at Charles University, Prague. His monograph Gaming the Iron Curtain (MIT Press, 2018) explores the do-it-yourself computer game culture of Communist-era Czechoslovakia. In 2017-2019, he was a postdoctoral fellow at the University of Bergen, studying the theory, history, and reception of video game monsters within the Games and Transgressive Aesthetics project.

Besides game history and monsters, his research interests also include comedy and humour in games and video game voice acting. He is a co-founder of the Central and Eastern European Game Studies conference (CEEGS).

Jaroslav’s keynote titled When the invaders shoot back: A media archaeology of player versus environment games takes place on Tuesday, April 20. The abstract:

Since the early arcade video games, computer-controlled monsters have been among the most recognizable elements of the medium. “Killing monsters” is considered one of the default video game actions. Before the 1970s, however, monsters in games were extremely rare.

In my talk, I will argue that the popularity of monsters goes hand in hand with the advent of the player versus environment mode of play, introduced by titles such as Dungeons & Dragons and Space Invaders. The proliferation of this mode of play can be explained by the proliferation of Cold War cybernetics, 1960s monster culture, as well as affordances of the microprocessor technology. I will illustrate the conceptual innovation of this model by comparing the early player-versus-environment game Space Invaders (1978) with its monster-themed mechanical arcade predecessors.

Frans Mäyrä is the Professor of Information Studies and Interactive Media, with specialization in digital culture and game studies, in Tampere University, Finland. He is the founder and co-director of Tampere University Game Research Lab. Frans Mäyrä has studied the relationship of culture and technology from the early nineties, with specialisation in the cultural analysis of technology, particularly on the ambiguous, conflicting and heterogeneous elements in this relationship. Professor Mäyrä has published on topics that range from information technologies, science fiction, and fantasy to the demonic tradition, the concept of identity, and role-playing games. He is currently teaching, researching, and heading numerous research projects in the study and development of games, interactive media, and digital culture. He has also served as the founding President of Digital Games Research Association, DiGRA.

Frans is currently the director of the Academy of Finland funded Centre of Excellence in Game Culture Studies (CoE-GameCult, 2018-2025). He had led also several other large consortium research projects, such as Ludification of Culture and Society (2014-2018). The author of An Introduction to Game Studies (2008), one of the leading textbooks in the field, he has over 180 scientific publications, including the work published e.g. in Journal of Communication, Video Game Policy, The Video Game Debate, and The Dark Side of Game Play.